I may have only been in Dunedin a couple of days but already I have met some really nice people in the hostel I am staying in. On my first day here I got chatting to a couple of the people who have been staying here a while and it turns out that quite a few people have a lot in common. For some reason it seems that loads of the guys here are in the IT industry and we have all sort of done the same jobs before. There was a moment where I thought we were going to be applying for the same jobs and I was going to have met my nemesis, however after a bit more chatting we realised that we actually do slightly different things and although we had been speaking to the same recruiters it was regarding different jobs. Disaster averted!

That night our new mini crew headed for drinks at one of the guys houses before finding our way back into town to drink the night away (well 2 drinks as I’m on a budget!). Even though we weren’t really drinking much the conversation was flowing and everyone was having a good time which is why we didn’t end up getting back to the hostel until 4.30am and even then everyone still sat around chatting. At 5 I finally headed to bed, leaving everyone else to carry on the conversation without me as tiredness had kicked in in a major way.

Lack of sleep more than consumption of alcohol left everyone ina bit of a sleepy state the next day. No one felt really rough but by the same token no one did anything all day. Myself and another British guy called Craig decided that what we needed to make us feel better was a proper Sunday dinner. After travelling for so long there are sometimes times when you need a bit of a home comfort and so we headed out into the world to find a pub for a proper Sunday pub roast. We were all out of luck at the English bar as that was closed but the good old Irish had opened a pub just across the road and sorted us out properly. The meal was perfect, even if we hadn’t been starving and craving it so it is safe to say that it certainly hit the spot! Later that day as we were sitting in the hostel kitchen one of the girls that works here came in to tell us that the pub we went to had had a fire in the early afternoon. She didn’t know any more details about it but it certainly made us happy that we had gone earlier as we would have been devastated! 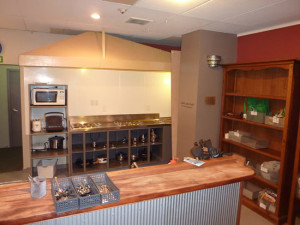 That wasn’t the only instance of fire we had in the last 24 hours either. This morning after getting back from a run (in the blistering cold I might add!) I decided to cook myself some scrambled eggs. Nice, cheap, straight to the point. As my toast has just finished cooking and my eggs are nearly done the fire alarm goes off. Guilt sets in massively! “GOD DAMMIT I have just set off the fire alarm…. but wait… how”. There was no smoke and not even the slightest hint of a fire. My toast was already done and barely even toasted, never mind burnt so what was going on. One of the guys left the kitchen to go and find out what was going on while Craig and I carried on having breakfast. After a couple of mins I said “You do think he would have come back and got us if there was actually a fire…”. After a couple more mins we decided we better investigate as we didn’t want to become a headline of “2 British boys die in hostel drinking tea because they ignored the fire alarm!”. It turns out that there was not a fire, only a couple of people being arseholes. Someone in one of the private rooms had decided that they wanted to smoke in their room instead of going outside and then managed to set off the smoke alarm. Instead of being an adult about it and owning up,

they instead decided to try and destroy the alarm so that it would stop going off. The thing is though that it isn’t just one little sensor like you would have in a house, it is a full integrated system going off all the way through the hostel. This then meant that the system knew the sensor had been damage (potentially in the fire we didn’t have) and so the alarm just kept on going off with no way to stop it. They guests then decided to do a runner, leaving all their things behind as we all had to go and wait outside as per the fire policy. Safe to say that no one was really happy, especially the owner who now needs to get the system fixed too and I had to wait for my eggs. They were damn good eggs though so well worth the wait!